A new proposal to managing recreational freshwater fisheries in Queensland 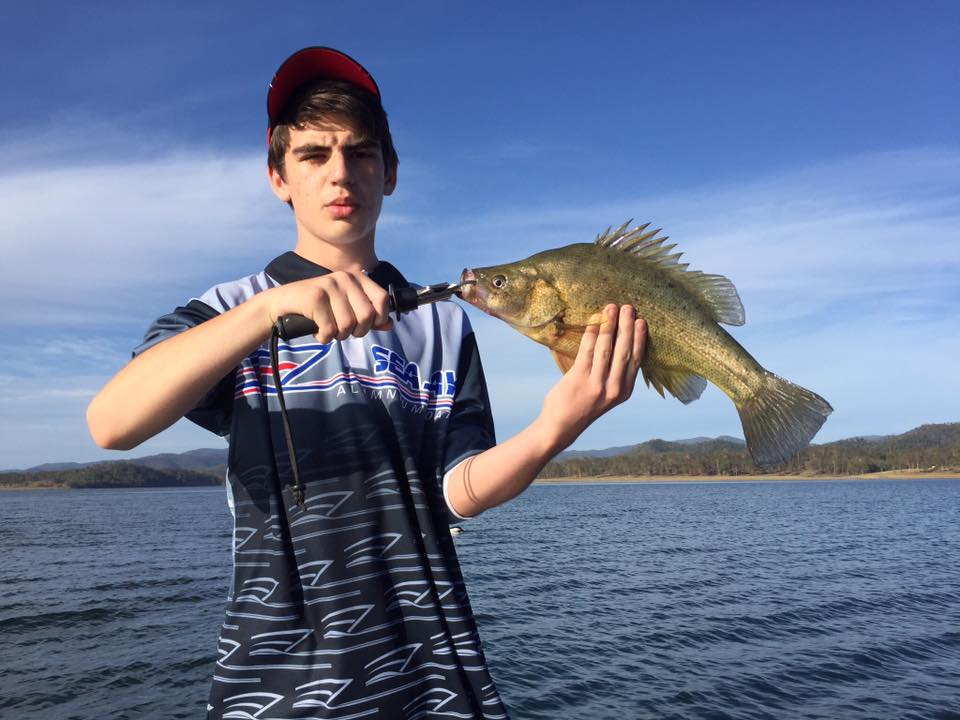 To discover what a Queensland wide freshwater fishing permit would look like and what the potential benefits would be, if the current SIPS permit is expanded to cover all non-tidal waters (fresh waters) of Queensland.

Fishing in Queensland is the single most popular recreational activity, of that, freshwater fishing represents around 22% of the total effort (QFISH Recreational Fishing Survey 2013/14). As most desirable recreational freshwater fish species breeding cycle is broken due to man-made barriers, on-going restocking is required. No restocking = no fishery.  The increase in man-made barriers (dams, weirs, barrages), the removal of riparian vegetation and increased water harvesting has put greater pressure on native fish stocks making the need for restocking to be more important than ever before.
As such, the Qld Fisheries Department at the request of fish restocking bodies developed the SIPS permit scheme in 2000.
Prior to the establishment of the SIPS, Qld Fisheries provided around $168,000/annum in the form of grants to fish restocking groups across Qld under the Recreational Fisheries Enhancement Program (RFEP).
Due to Qld Govt budget cuts the RFEP was abolished. This meant that all non-tidal waters in Qld that were NOT able to be included in the SIPS were cut off from all financial assistance. This in many cased has meant that these effected fish stocking groups & their programs have vastly reduced the numbers of fish stocked.
To off-set this to some degree, the SIP was expanded from true dams/lakes to include smaller weirs. This assisted some fish restocking groups while at the same time diluted the funding going to the original SIPS impoundments (dams / lakes).

Many restocking groups that receive SIPS funding believe that the SIPS program 20 years after it started is not fulfilling the original intent with concerns around reduced funding for restocking.

General Principles of a QFFP

In 2019/20 the Qld SIPS permit system charges were as follows:

How does the above information tell us what a QFFP would look like?

Under 18 Years of age. The QFISH surveys do not include data for people under 5 years of age. To get an approximate percentage of the amount required to reduce the 5-18 year old people for excluding (do not require a fishing permit) we can refer to the Australian Bureau of Statistics which states that the percentage of population 0-14 years of age is 19.28% in 2019. A 20% allowance for under 18 year old people has been used in these calculations.

Non-Compliance. Boating & Fisheries Patrol (B&FP) field staff have stated that they estimate the non-compliance at current SIPS locations is at around 10%. Many recreational anglers & stocking groups believe that non-compliance may be significantly higher than the 10% stated by B&FP. For this exercise a 20% allowance has been used as a more realistic estimate.

Average Permit Cost. If the same fee structure is carried over from the current SIPS, it is reasonable to estimate that the break-down of permit type & average cost of each permit will also not change.

Other Apparatus. Increase in permit sales due to other apparatus; eg crayfish pots, traps, dillies, hand nets/scoops etc. This is an unknown. In some areas people using shrimp / crayfish traps exceeds the number of people line fishing. There is no way of estimating this across the state so NO allowance has been made in these estimates as to the possible increase in permits sales the inclusion of other apparatus would generate. Could this see an increase of 5-10% of the estimate below?
It is worth noting that the inclusion of all apparatus in a fishing permit will make enforcement easier for B&FP staff.

What can be done with the income from a Qld Freshwater Fishing Permit?

The re-establishment of riparian vegetation could see the need to restock native fish reduced or removed in the future.

Employed by the freshwater, working for freshwater.

No down time when Govt goes into election mode.

The role would require the use of electro-fishing boat, vehicle & travel costs. 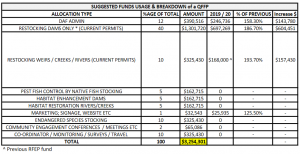 Requirements for a Successful QFFP Program

For a Qld Freshwater Fishing Permit to work the following are critical:

If paying for a freshwater permit, anglers must have free access to crown land along non-tidal water courses (some lakes excluded for safety / security reasons)

The above would bring Qld in line with other states. Currently there are two differing sets of laws covering NSW / Qld border rivers.

Benefits from Expanding the SIPS to a QFFP